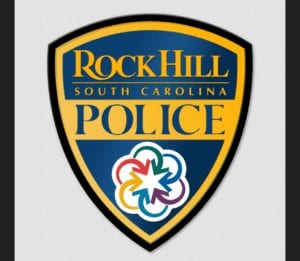 ROCK HILL, S.C. (CN2 NEWS) – An investigation into the reported theft of merchandise from a Rock Hill store on Saturday night has led police to search for two young male adults.

The Rock Hill Police say two masked men, appearing to be in their 20’s, stole items from the Smokers Cabinet on Oakland Avenue after the register they were attempting to rob would not open.

This investigation is still on-going.

PRESS RELEASE:
On January 21, 2023, at 8:41 p.m., Rock Hill Police responded to 114 Oakland Avenue (Smokers Cabinet) in reference to a strong-arm robbery. Officers arrived on scene and spoke with the complainant/victim who stated two black males that appeared to be in their early 20’s robbed the store. The first male was described as wearing a blue face mask with a dark blue jacket. The second male was wearing a red face mask with a black jacket.
The victim stated the suspects asked questions about products before the male in blue walked around the counter demanding the cash register be opened. When the register was not opened, the suspects began stealing items from the store before running out the door.
This case is currently under investigation.