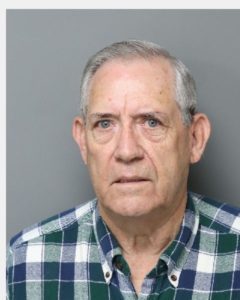 SLED agents say they were asked by the Lancaster County Sheriff’s Office to investigate Steele after he was found to have sent himself and saved 15 separate pictures of a naked minor in August.

Those same photos were previously deleted in July when SLED agents say they interviewed Steele and told him the pictures were inappropriate.

SLED also adds that the case will be prosecuted by the South Carolina Attorney General’s Office.

According to the South Carolina Judicial Branch website, Steele serves as Chief Judge in Fort Lawn.