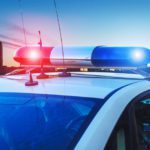 YORK COUNTY, S.C. (CN2 NEWS) – The York County Coroner has released the name of the passenger who was killed Monday, August 15, on Pleasant Road near Gold Hill Road in York County.

Officials say Jacob Brown, 21, of Fort Mill was the passenger of the 1991 Mazda two-door coup that was struck by an oncoming car, a 2021 Chevrolet Tahoe while traveling south on Pleasant Road and attempting to turn left into a private drive.

Brown was pronounced dead at the scene. The drivers of the Tahoe and Mazda were taken to a nearby hospital with non-life threating injuries.