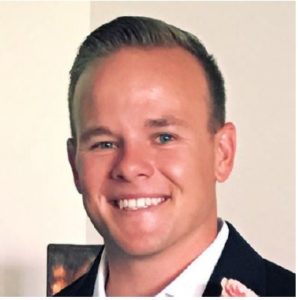 City of York, S.C. (CN2 News) – Today the City of York announced that Dalton Pierce will lead the town as their next City Administrator.

In a statement today, City of York Leaders say Pierce is coming to the them from the Town of Blacksburg where he “tackled” similar issues that York faces.

See below for full release

Official Release:
City of York Announces New City Manager
YORK, SC – The City of York is pleased to announce Dalton Pierce as the next City Manager after a unanimous vote from City Council on November 15, 2022.
Mr. Pierce brings with him years of experience working with various municipalities, including his most recent position as the Town Administrator for the Town of Blacksburg, SC. In this role, Mr. Pierce has worked closely with the Town Council to develop a Strategic Operating Plan, Comprehensive Land-Use Plan, and Infrastructure Assessment and Evaluation that worked to tackle many of the same exciting opportunities that York will face in the coming years, such as land development, community growth and sustainability. “We are extremely pleased that Mr. Pierce will be our next city manager and are excited to welcome him to our wonderful community,” said York Mayor Mike Fuesser, “We took time to ensure that our selection process was deliberate and thorough, we interviewed several highly qualified candidates, and, at the end of the day, feel Mr. Pierce is a great fit for our community.”
Mr. Pierce is eager to move to the White Rose City and begin the initiative to make York a great place to live. He added, “I am really looking forward to working with the City of York community, the Mayor, the City Council, and staff in achieving their goals. I feel very fortunate and honored to be joining the City’s team.”
Mr. Pierce earned his Master’s in Public Administration with a concentration in Public Management from Valdosta State University and his Bachelor’s in Political Science from Catawba College. Currently, he is finishing up the Doctor of Public Administration program at Valdosta State University.
Mr. Pierce will be paid an annual salary of $110,000 and will begin his career with the City of York on January 3, 2023.